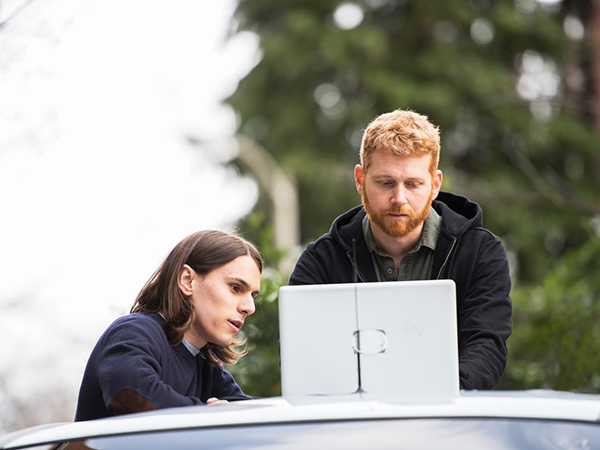 A team of researchers in the Allen School’s Privacy & Security Research Lab have developed a new system, SeaGlass, which could bring more transparency and accountability to cell-phone surveillance. SeaGlass is capable of detecting anomalies in the cellular network that may indicate the presence of surveillance devices called IMSI-catchers (also known as cell-site simulators or Stingrays), which track individuals through their International Mobile Subscriber Identity by posing as a legitimate cell tower.

WIRED magazine recently talked to the researchers about SeaGlass and their hope that the findings contribute to the public discourse. From the article:

“Law enforcement’s use of the surveillance devices known as stingrays, fake cell towers that can intercept communications and track phones, remains as murky as it is controversial, hidden in non-disclosure agreements and cloak-and-dagger secrecy. But a group of Seattle researchers has found a new method to track those trackers: by recruiting ridesharing vehicles as surveillance devices of their own.

“For two months last year, researchers at the University of Washington paid drivers of an unidentified ridesharing service to keep custom-made sensors in the trunks of their cars, converting those vehicles into mobile cellular data collectors.”

The article explains how the information gathered by those mobile data collectors was analyzed to identify irregularities in the network compared to normal cell tower behavior, which could indicate that a surveillance device is active in the area. By using off-the-shelf parts and deploying the system on fleet vehicles that cover a lot of ground during their normal course of business, the researchers demonstrated SeaGlass to be an inexpensive and unobtrusive way to map the cellular landscape.

During the pilot, the system detected three anomalies in the greater Seattle area that piqued the team’s interest. Although the results do not offer conclusive proof of an IMSI-catcher, they do provide a good starting point for further exploration — and for an overdue conversation about surveillance practices.

“Up until now the use of IMSI-catchers around the world has been shrouded in mystery, and this lack of concrete information is a barrier to informed public discussion,” Ph.D. student Peter Ney said in a UW News release. “Having additional, independent and credible sources of information on cell-site simulators is critical to understanding how — and how responsibly — they are being used.”

The team, which also includes Allen School research scientist Ian Smith, Ph.D. student Gabriel Cadamuro, and professor Tadayoshi Kohno, hopes that its work will contribute to a more robust public debate over cell-phone surveillance. They describe in detail the SeaGlass technology and results of the pilot in a paper that will be published this month in the Proceedings on Privacy Enhancing Technologies.

“SeaGlass is a promising technology that — with wider deployment — can be used to help empower citizens and communities to monitor this type of surveillance,” said Smith. “This issue is bigger than one team of researchers. We’re eager to push this out into the community and find partners who can crowdsource more data collection and begin to connect the dots in meaningful ways.”